I would have never guessed that Mothers Fighting For Others would have started by a simple Google Search on “Volunteer Africa” in 2006. I was just doing research, that’s it. Less than a year, and many, many shots later, I was to far off Kenya. I volunteered with Global Volunteer Network and was assigned with an all girls orphanage outside of Nairobi.

I am a different person now. Let’s just say I will never be the same woman, let alone Mother again. This was the beginning of a path that I had no idea I was on. These girls that I met were strangers to me when I arrived. By the time I left, they were my daughters. I had fallen in love with each and every one of them those two weeks in October.

I realized I took the small stuff for

granted. Something as simple as a pencil sharpener. I remember that first week helping Little Joyce with her homework and her pencil had broken. She pulled out a razor blade to sharpen it. I was in shock. I ran to my room and grabbed the bagful of little plastic pencil sharpeners that my friend donated, and passed them out to each and every one of them. There will be no need for razors anymore to sharpen pencils and no more cuts on their fingertips either.Â  Something as simple as plastic pencil sharpeners made a huge difference.

What about a basic thing like deodorant? My dear friend Linda donated 40 sticks of deodorant and when I passed them out they had no idea how to use it. I realized, in that moment, surrounded by 8 teenage girls, that there was no Mom to do this for them. These are just two examples of how I see life differently now. I try everyday not to take things for granted and when I do, I have my girls in Kenya to bring me back down.

My hand was never empty.

I realized after one day all the girls wanted was to be loved. That was it. I was never alone. I was never without a child holding my hand or under my arm. That first trip was overwhelming. It was difficult to remember names and what grades they were in. Now, two years later, I know each and everyone of them. I know how tough and feisty Ann is when she feels she’s been wronged and I know how my amazing Winnie puts up a front when she is sad and hurting. Winnie breaks my heart. But they are all survivors. Each and everyone of them are orphans. Some have been raped. Some have been on the streets. Some have experienced both.

I know it can happen. The girls at the orphanage changed my life and the people I have met along the way have made an amazing impact on my life. I have “met” so many people from around the globe who share the same passion as I who have taken this journey with me and are standing along side me. I use the word “met” because the internet is miraculous.. The internet has brought so many people to me. Not only have I met the girls at Saint Monica’s, but I now know past volunteers who have joined to help the girls too. Then there are our supporters. I am amazed how big the world is.Â  And because of sites like Twitter,Â  CafeMom, Youtube and Facebook, I found and befriended people outside of my circle and the world became that much smaller.

I am both excited and truly humbled. Now Africa is not far off place anymore. Little things like pencil sharpeners, backpacks and sticks of deodorant can make an impact. It’s the little things that can change lives. It’s the little things that make the difference. When we travel, hundreds of photos and hours of video will be taken so you get to know each and everyone of them. You can and will grow to love them as much as we do. Mothers Fighting For Others will bring the girls that you help right into your hearts.

We can and will make this world a smaller place.

We are excited to received this honor again in 2019!

We at MFFO strive to do our best for our girls in Kenya and to be good stewards with our donors gifts. We invite you to read our reviews and to learn more about Mothers Fighting For Others. Thank!!

One decade ago, I would set off on a journey that would forever change my life. I landed in Kenya at the end of September anticipating where the next three weeks would take me. On October 2nd 2007, I would fall in love with  25 beautiful girls that would change everything about me. I returned to the US, started Mothers Fighting For Others, knowing I promised those same children I would come back and help them with their educational needs. Almost two dozen trips later, I have witnessed several high school graduations and a handful of college graduations with more to come. Our journey at MFFO has taken me all over the world, and I have made so many important friends along the way.

I couldn't have done this on my own. There are too many people who have walked beside me these past ten years. Too many to count that have held my hand, allowed me to cry on their shoulder, consoled me in times of trouble, celebrated tremendous accomplishments and have witnessed life changing events with me. You know who you are and I am forever grateful for your presence in my life.

These then years have flown. So much has happened to me, my family and my MFFO family as well. We've had children, lost children, and friends and parents along the way. And after my accident late last year, my own focus has come back, full circle. I have had to focus on my recovery so much that others have and will have to continue the MFFO mission without me.

As of today, my dear friend and board member, Audrey Forshey will take over as the new director of Mothers Fighting For Others.

Audrey has been with MFFO since 2008 and is one of those important friends who has held my hand along the way. She is a tower of strength and a force of nature. I know her heart and I am proud to leave my heart in her hands.  She will lead MFFO and continue to fight the fight and help the children of Saint Monica. We will all bear witness to more graduations for years to come!

I just want to thank you all for being there for me for all of these years and your continuous support of MFFO.

Peace and Love to you all,

Supporting girl's educations globally will empower them to be able to support themselves and their future children. Educating girls gives them awarness for their rights, knowledge of health care and lower birth rates and early motherhood and childhood marriages.

The Gift of Education

With our organization’s mission always in mind, we raise funds to send the girls to School. Education is the core of our mission. In order for a girl to have a real chance at a job or attending a University they should go to a boarding school in Kenya. This is why we ask for sponsorship of girls. The annual fee is about $1500 a year for a girl to attend school. This includes tuition, uniform, shoes food and dormitory. This can be paid annually or monthly through our pay service, Network For Good.

Education is the Key a stable life

At Mothers Fighting For Others, we are dedicated to the education of girls around the world. At the most basic level, a mother's education improves children’s nutrition. Education is vital to eliminate malnutrition in the long term – especially education that empowers women. Malnutrition is the underlying cause of more than a third of global child deaths. Educated mothers are more likely to ensure that their children receive the best nutrients to help them prevent or fight off ill health, know more about appropriate health and hygiene practices, and have more power in the home to make sure children’s nutrition needs are met. We invite you to learn more and lend your support.**
UNESCO.org

VIRGINIA Has Been Sponsored!

The Gift of Education

We Have Wonderful News

Education is the Future for Kenyan Girls 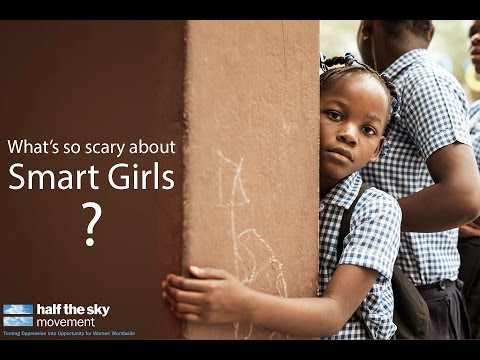 What is So Scary About Smart Girls?